One of our longest tenured and most impactful coaches is Coach Hakopian. Coach H is not only our girls varsity soccer coach but also an English teacher at the school. Last season, Coach H was honored as the Maryland Large School Coach of the Year and the United Soccer Coaches Regional Coach of the Year. Coach not only has a vast amount of soccer knowledge but he is also an amazing teacher of leadership and unity. So get to know our Coach H!

My friends at Churchill High school always joke around about the fact that I have had 3 separate lifetimes.  Lifetime one was my first few years of life and my family’s move to the United States.  I was born in Iran and lived there until I was 9 years old.  My parents sensed the political unrest in the country, and we moved to the U.S. shortly before the start of the Iranian Revolution.  I did not speak a WORD of English but thanks to my 4th and 5th grade teachers (Mrs. Woodmansee and Mr. Ballard) I was fluent by the end of 5th grade. Life #2 started at that point and eventually led my family to Montgomery County at the start of 10th grade year.  I attended Seneca Valley High School and played varsity soccer.  After graduating from SVHS, I attended University of Maryland for three semesters before joining the Army. The Army was lifetime #2.  I traveled to so many different places in the Army (Europe, South America, the Middle East) and saw so many different people from all backgrounds, religions and ethnicities.  These experiences broadened my understanding of the world and my place in it.  I was fortunate to do all of this which culminated in my last three-months in the Army when I got a chance to play for the US Army team in Germany…THAT was an AMAZING(and humbling) experience.

I was planning on being a pediatrician but after returning from my service, I did not want to spend another 8-9 years in college.  I met with my advisor and quite literally, the conversation went like this (and started lifetime #3)

H – I do not want to be in school for another 8-9 years, but I still want to work with children/adolescents.

Advisor – Ok, let me look at your transcripts. (Looks over transcripts for approximately 30 seconds) Have you considered teaching?  Your English and Literature grades have always been A’s, how about an English teacher?

H – Sounds good, how do I switch majors?

Literally, a meeting that lasted about 5-minutes led to my now 27-year career in MCPS as teacher and coach.  It has been incredibly rewarding and coming to Churchill was easily the best professional decision I have ever made. I have been able to use the skills learned here and serve the educational and coaching communities across the county and state.  I have also been able to work on a variety of issues impacting soccer regionally and nationally through my work with the United Soccer Coaches organization.   During this span, I have been blessed with 3 amazing children (Molly-25, PJ-22 and Isaiah-11) and an incredibly supportive and understanding wife (Claire) and the continued love and support of my parents and my sister Carol.

2. What did you want to be when you grew up as a child? I swore I was going to own and drive my own ice-cream truck. I was amazed about how excited people got when the truck showed up around the pool and the soccer fields. Based on my observations, I estimated that the ice cream truck owner probably made $15,000-$20,000 dollars a day. Clearly, I WAS NOT going to be a business major

3. What is your favorite childhood memory? My father loved the beach so we would try to go to the beach as often as possible.  I loved going to Rehoboth with my family and still clearly      remember waking up early to see the sunrise over the ocean.  Sometimes my mom, dad, sister and I would just walk aimlessly down the beach at night.  Just a quiet stroll with no particular goal in mind.  IT WAS AWESOME.

4. What is the last book you read that you absolutely couldn’t put down? Asking an English teacher this question is like asking what my favorite type of air is to breathe 😊 I would say that Caste by Isabelle Wilkerson which is the most vivid description of institutional racism and its effects on the United States.

5. What’s your all-time favorite movie? Usual Suspects still one of the best surprise endings EVER.

6. Who is your favorite band? U2 – listened to them all through high school and the Army and was able to see them in concert in Germany and 3 times in the United States.

7. What is your favorite holiday? OK, this is going to make me sound like a cranky old man, but I don’t like any of the holidays because they are now all so “hyped.” This hype makes the holidays so much more difficult to enjoy because they all come with levels of expectation.  So, what I REALLY enjoy is the “nothing” days after the major holidays.  Like the Friday after Thanksgiving or the time between Christmas and New Year’s.  Just time to rest and enjoy time with family WITHOUT expectations. Kind of like the quiet walks on the beach with my family.

8. If you could only eat one food for the rest of your life what would it be? Thin crust, brick-oven Pizza

9. Which famous person would you like to be best friends with? Malcolm X – I am fascinated by the variety of times he learned from his mistakes and re-invented himself into one of the most influential leaders in history.

10. If you could have a superpower what would it be?  Flying…the money saved on travel alone would be worth it 😊 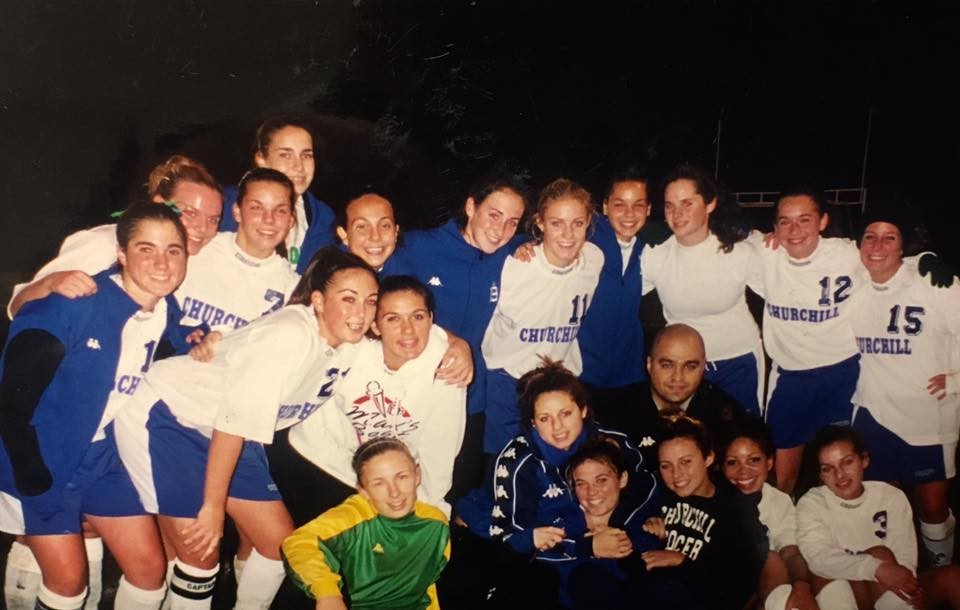 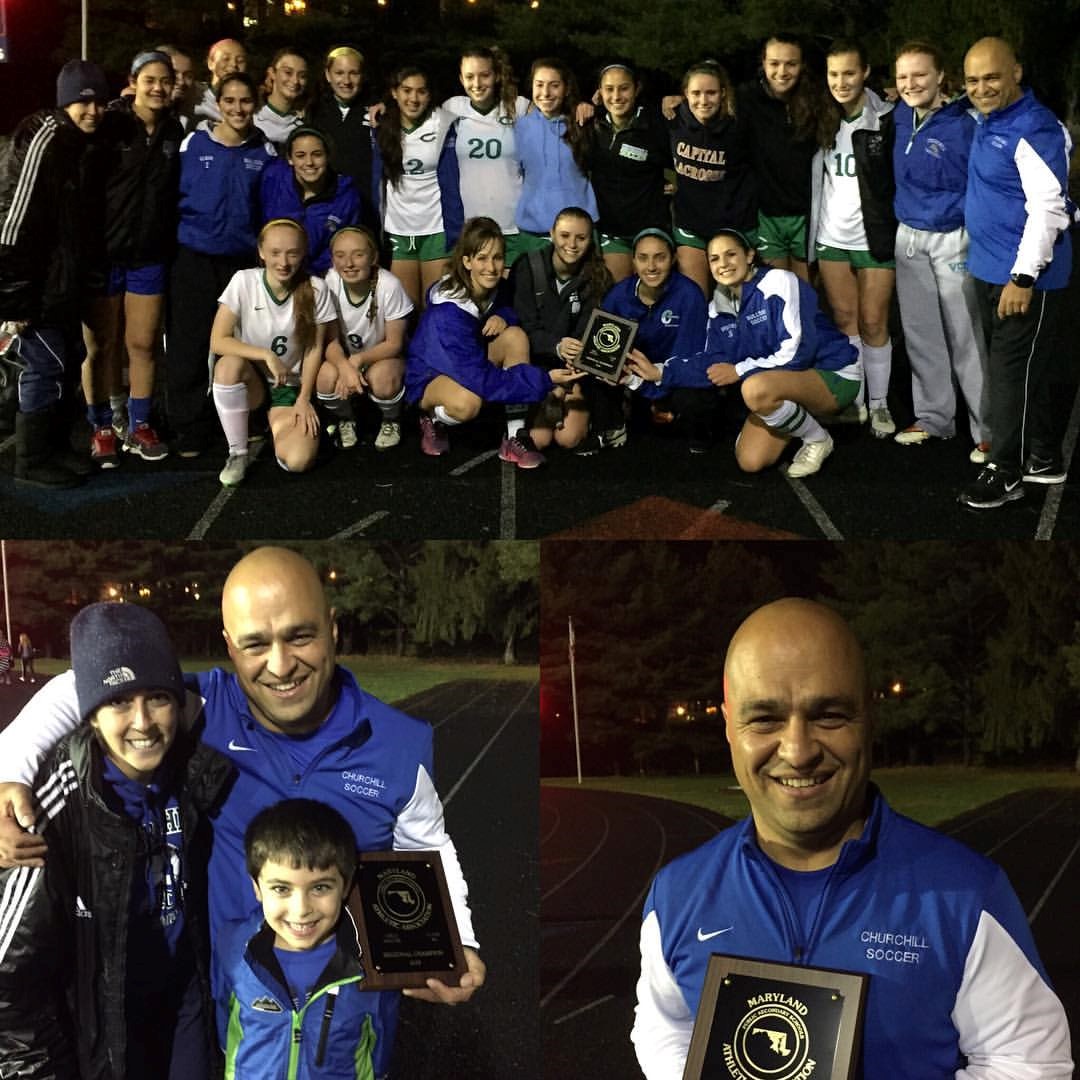 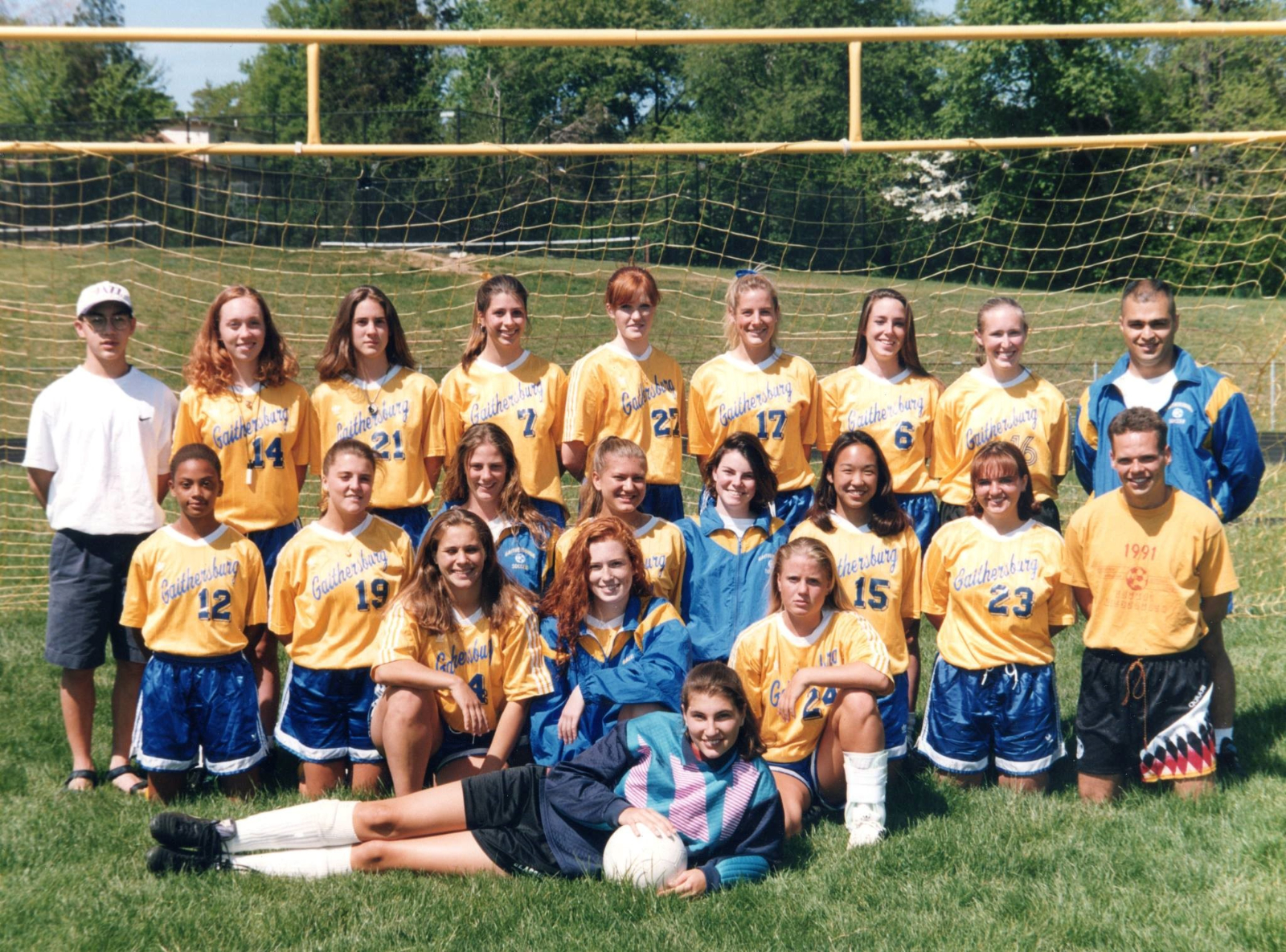 The first soccer team I coached in MCPS at Gaithersburg high school in 1993. 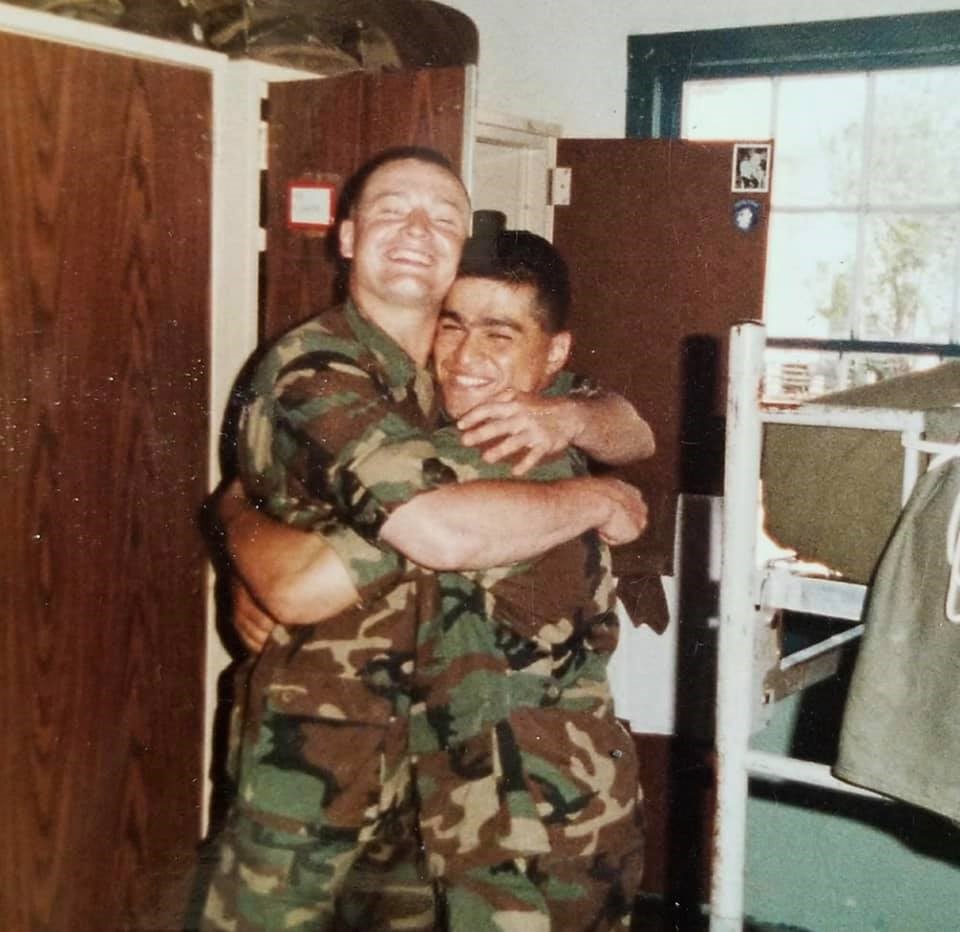 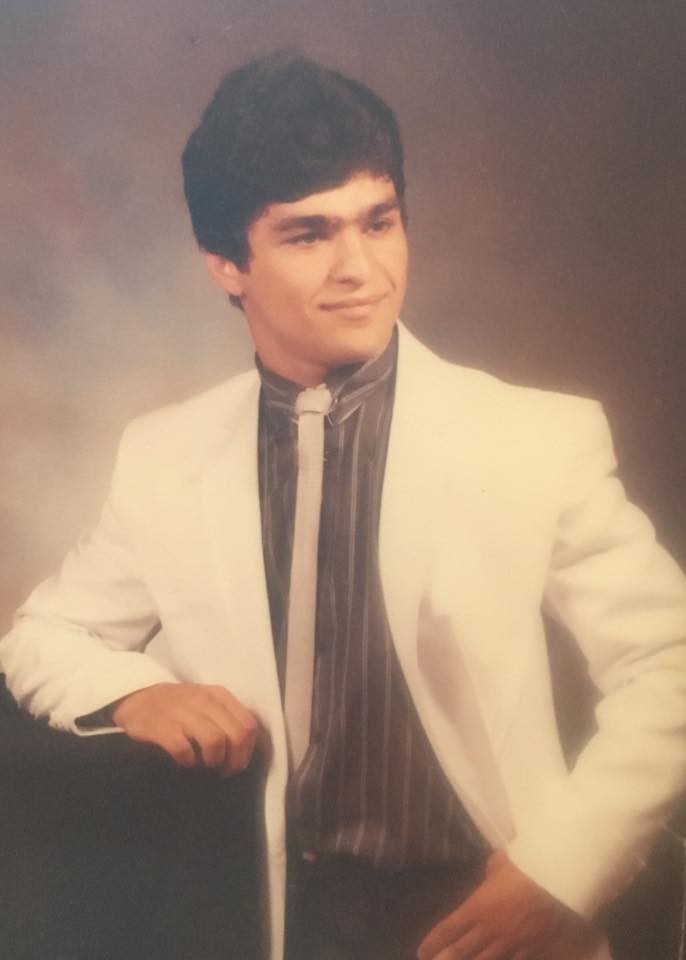 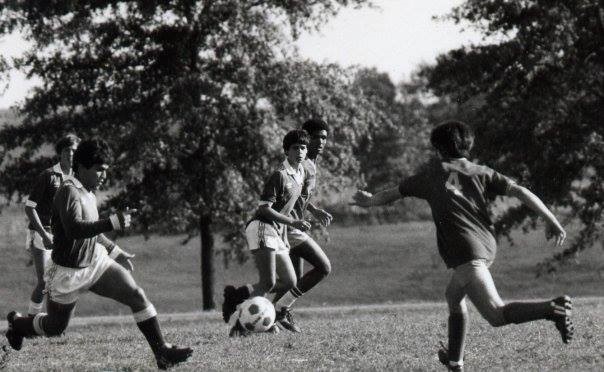 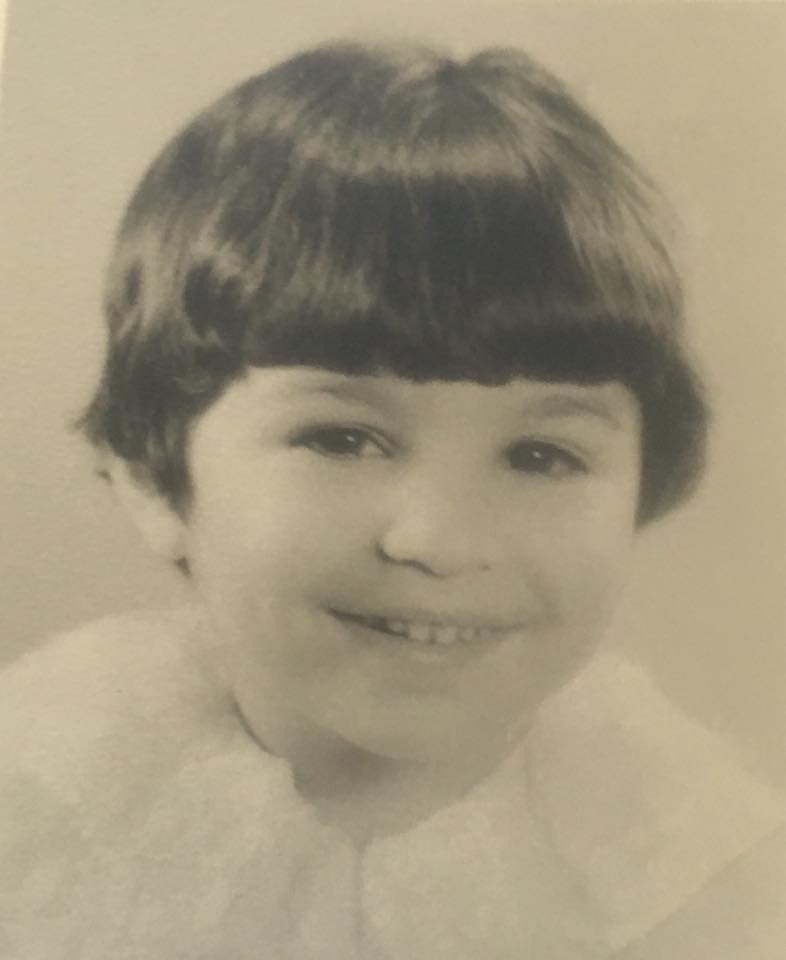 H with hair at 3 years old