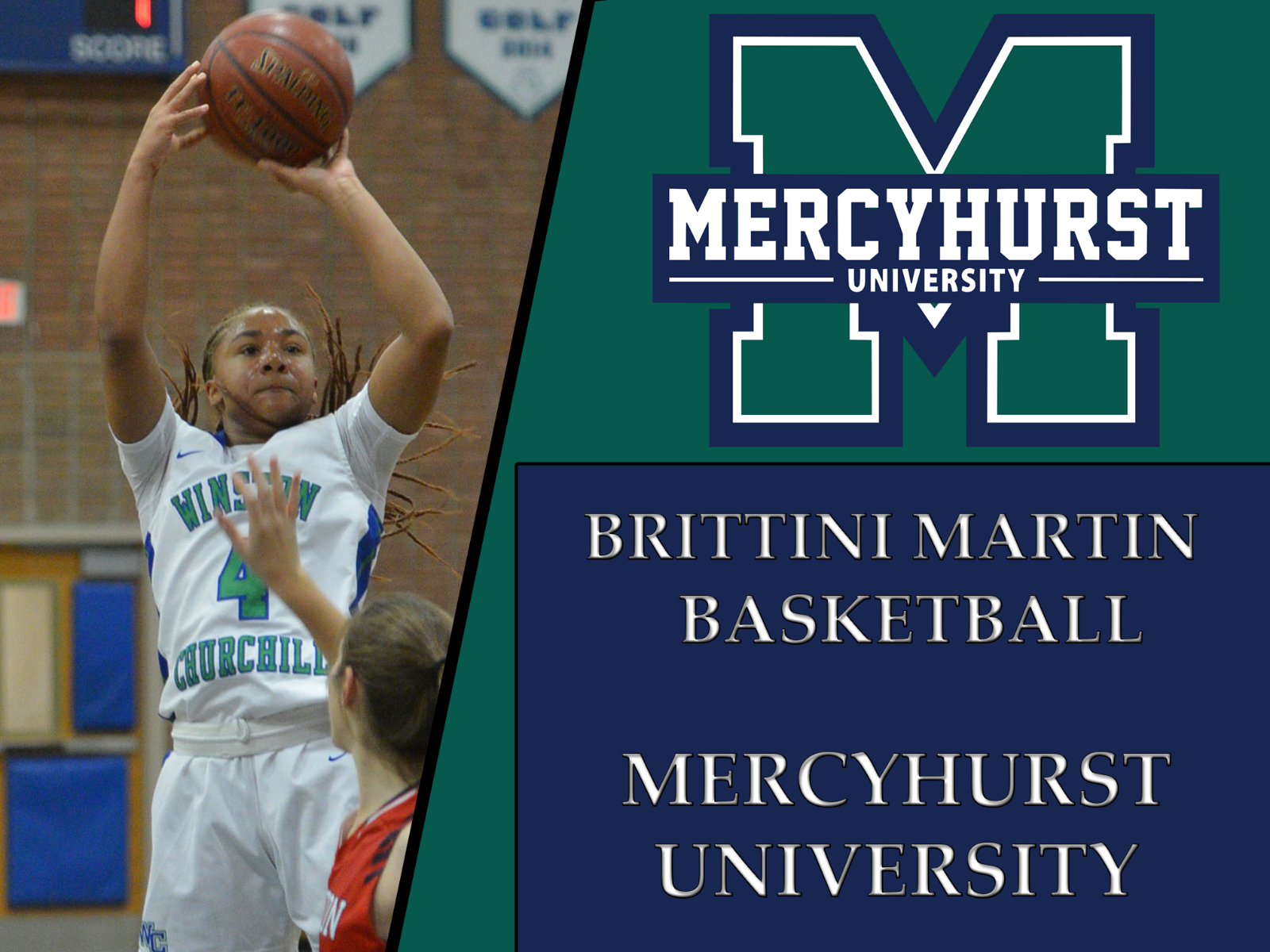 4 year starting PG Brittini Martin has made her college choice and she will be continuing her basketball & academic career at Mercyhurst University in Pennsylvania. Martin has been the leader of the team and helped it to back to back regular season undefeated seasons. Brittini averaged 16 points, 4 rebounds, 3 assists, and 2 steals per game this season. She is also in the 1,000 point club (1360 career points). She was selected as the 4A South Division Co Player of the Year and the Co Defensive Player of the Year (she was also the Division Player of the Year for the 2019 season). She was named a Washington Post All Met Honorable Mention (and named to 4th team in 2019 season). She is a lefty point guard, who handles pressure well and has great court vision (she was on the WaPo All Met leader board for assists all season). She can create her own shots, drive to the bucket, and finish with contact. In addition, she is a lockdown defender with anticipation, focus, and great footwork. Above all, she is an incredible leader (two year Captain) who focuses and listens to her coaches with intent to produce results and improve every day. In addition, she is an AP and Honor Roll student, at one of the highest ranked schools in Maryland. Her weighted GPA is 4.2.

Coach Blanken and Coach McMahon both had wonderful things to share about Brittini.

I am beyond proud of Brittini for her athletic and academic achievements at Winston Churchill High School that have led to this moment! As a freshman, Brittini came in with talent and a desire to improve and help her team, and she never stopped working throughout her WCHS career. I can truly say that she never took a single practice, shoot around, or team meeting for granted.

Brittini is an outstanding offensive threat, and a tenacious defender on the court. Her competitive energy and drive are matched by her composure and maturity, which enabled her to always play hard, but never out of control.

However, I am most proud of Brittini for being a leader on and off the court for our team. As a two year captain, she modeled the importance of academics, work ethic, commitment to the team, respect for her coaches, and love of the game. She is an unbelievable young woman, and I cannot wait to follow her career as a Mercyhurst Laker.

Brittini is a rare combination of talent, commitment and leadership.  She literally participated at peak performance every practice, right down to every drill.  She loved the experience too much to miss anything.  Through her commitment to continuous improvement, she grew from a freshman newcomer to a team leader and role model.   At Churchill Girls Basketball, we embrace team growth thru the five principles of a great team – trust, pride, communications, collective responsibility and caring.  Brittini embodies all of these principles and so much more.  Her personal accomplishments in basketball are sparkling to say the least, and she achieved all-star status at the County, Washington Region and State levels, but she always put her team first which is what makes her so special.  She cared so much for her team and teammates, and always showed great respect for her coaches.  She is truly what high school athletics is all about, and as a true student-athlete, she will no doubt continue to be a successful student, athlete and leader at Mercyhurst.