On Sunday, April 7th Michael Janis was honored as Scholar Athlete by the National Football Foundation & College Hall of Fame’s National Capital Chapter at the Army Navy Country Club in Arlington, Virginia. The event honored 39 athletes from the DMV for their leadership, sportsmanship, competitive zeal, community involvement and their drive for academic excellence. Of the 39 honored, Michael was one of only 2 Maryland public school players honored by the organization. The NFF Chapters have honored high school scholar-athletes for more than 60 years with the first outposts established in Northern California and Portland, Oregon, in 1959. By the end of 1961, the NFF had launched 70 additional bases throughout the country. Today more than 120 chapters in 47 states serve as the local stewards of the NFF’s mission at the grassroots level, promoting and protecting the game for future generations.

Following the initial honoring of all 39 student athletes, the organization announced the winners of seven individual $1,000 scholarships to the group. Of those seven scholarships awarded, Michael received three of them! Michael was first awarded the Michael M. Boland, Jr. Award. This award was given by the Boland family to honor their late son, Michael Boland Jr. Boland was a former All-Met in basketball & football was a captain on the football team at the University of Massachusetts.

Janis later received the TapHere! Technology Scholar Award and then finally the Robert Novoratz Award sponsored by Jostens Inc.  The Novoratz Award honors the recipient as the top scholar-athlete from all the high schools in the DMV. Beginning in 2018, the top high school scholar athlete submitted by each NFF Chapter is recognized as part of the NFF National High School Scholar-Athlete Class. The NFF’s new initiative honors the top high school scholar-athletes from around the country and the NFF Chapter Network as the best and the brightest at the local level.

This was a fantastic night for Michael, his family and the WCHS Athletics program. We are all so proud of this amazing accomplishment and are rooting for Michael to be recognized as the nations top high school scholar athlete. 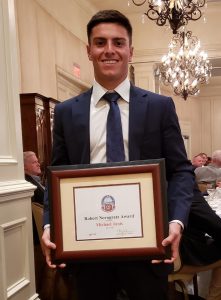 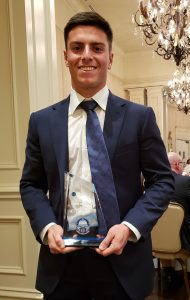 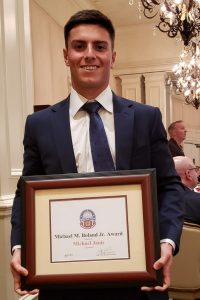 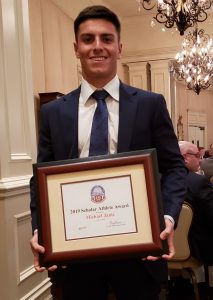 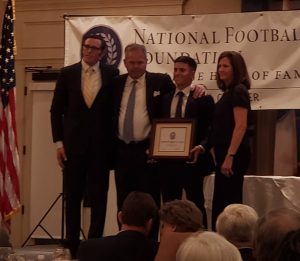 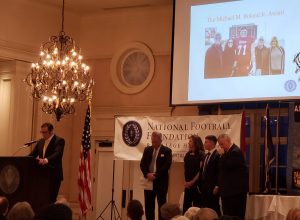 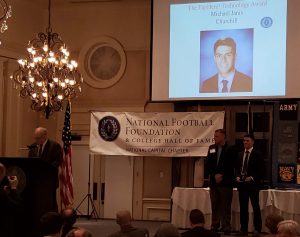 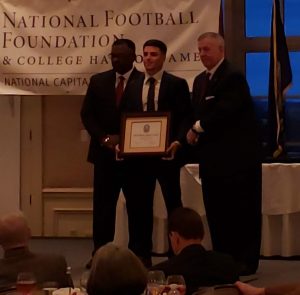 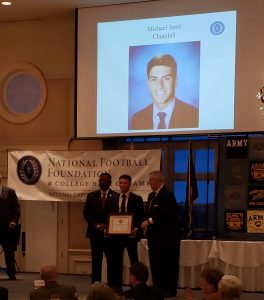 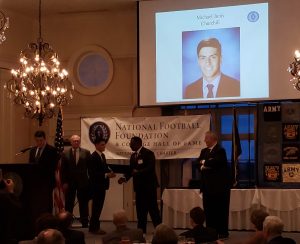 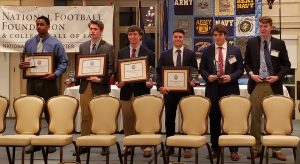